There are three main commands regarding obtaining information, being bdinfo, version, and printenv.

bdinfo is used to display detailed information about the current board and is typically used as-is.

We can obtain information such as and starting address and size of DRAM, as well as information like start address for boot parameters and Baud rate.

Finally, printenv is used to display the environment variables. Note that U-Boot also boasts the auto-fill feature, where pressing [Tab] will allow for the command to be auto-completed like in Ubuntu.

We can directly use saveenv to change the environment variable like so:

We can also use setenv to change the environment variables first without writing to flash:

and then use saveenv directly to save the change if we want to keep it:

As an example, we will be changing the bootdelay to 5 seconds from the default 4: 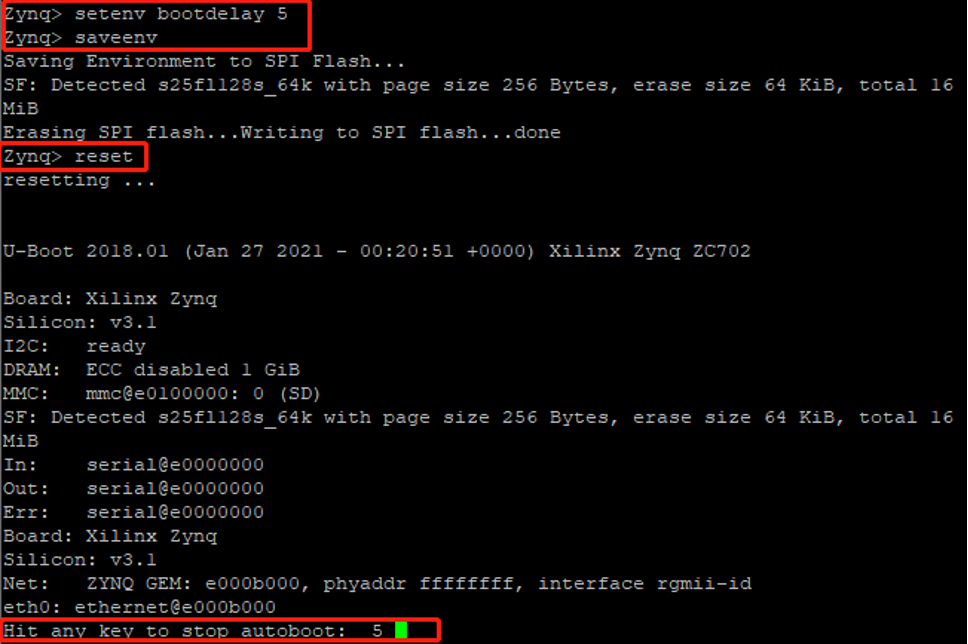 After we create the new test variable, we can restart U-Boot, and use the printenv command to see the current environment variables. We can see that it correctly displays test as having the value of testvalue.

In order to delete environment variables, we only need to set the variable as having a blank value. For example, if we were to delete the testvariable we just created, we would use the following command:

After restarting U-Boot and using the printenv command, we won’t be able to find the test variable.