This article talks about the U-Boot system boot commands which allow for various methods to boot the development board, such as remote booting, that are used most commonly.

In order to boot Linux, we will first need to copy the image file into DRAM, as with using device trees. We can do this by using nfs or tftp to copy it over from the SD card.

bootm is used to boot core images stored in memory that has been processed by mkimage. Because our image.ub file is U-Boot fitImage, it contains the Linux core and device trees. Thus, we can directly write the image file to DRAM and use bootm to boot. The command to boot the Linux core is as follows:

Where addr is the starting address of image.ub in DRAM. We will now use tftp to boot Linux, and make sure image.ub can be found in the /tftpboot directory. We will then download image.ub to 0x10000000 in DRAM, and boot using bootm. 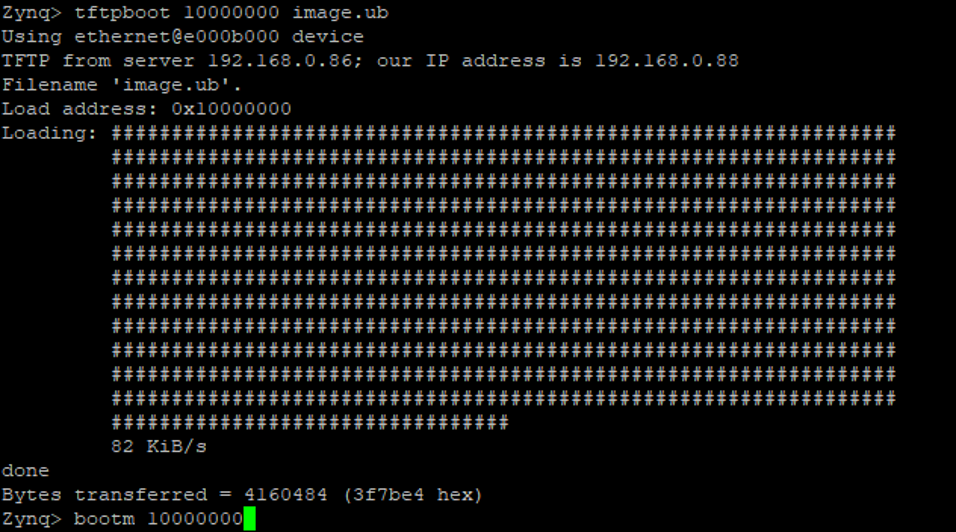 Note that you may also choose to directly use the command run netboot, as it is a shortcut for the two commands. The system should boot right up.

bootz is similar to bootm, the difference being bootz is used to boot zImage image files. The formatting is as follows:

We will use tftpboot to download the zImage file to 0x00000000 in DRAM and download the device tree file system.dtb to 0x05000000. Finally, we will use bootz to boot the system.