This article mainly introduces how to use freedom studio to debug the run_led project. 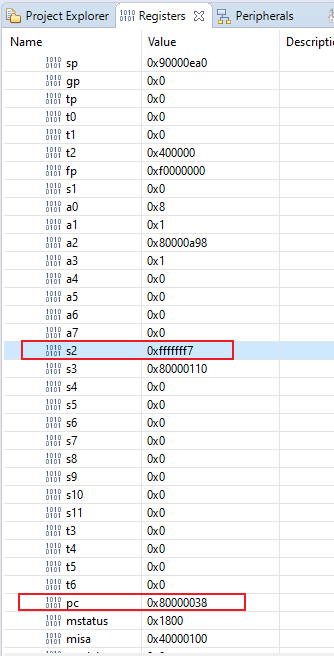 a : Step Into (jump into the function body)

b : Step Over (skip function body)

Note: The register modified in the previous step will be highlighted in yellow

Note: Individual statements are different from the original assembler because of optimizations made during GCC compilation.

Figure 15 Adding a breakpoint on line 16