Take asm_run_seg.S as an example: 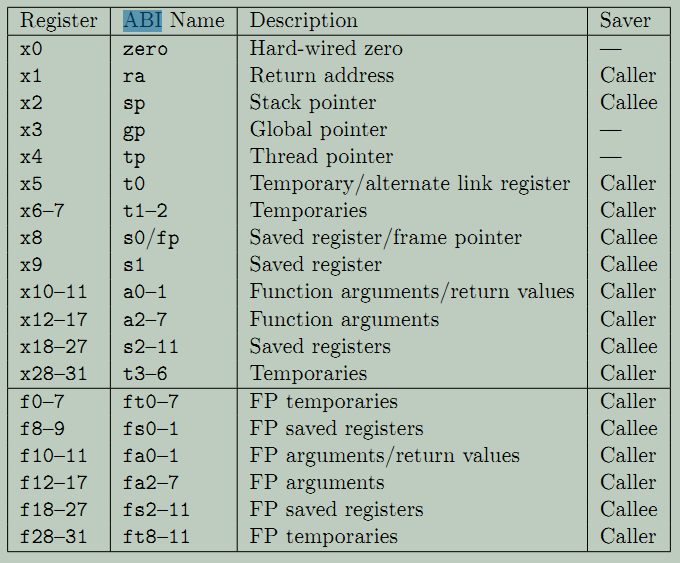 Figure 1 Names of registers in ABI