Python is a multi-paradigm programming language made by Guido Rossum in 1989, with an emphasis on code readability. It is currently the most popular programming language in the world, in large part due to its clean and easy syntax. Because of this, and python’s ability contain structured, object-oriented, and functional programming elements make python a very appealing language to learn.

Python’s design principles aim for the language to be easy to read and easy to write. Its ideals and philosophies are summarized within Tim Peter’s The Zen of Python (PEP 20).

Python is commonly used for Artificial Intelligence, neural networks, machine learning, big data, and other advanced areas of computer science. Some notable companies that use python include YouTube, Intel, IBM, NASA, Facebook, Spotify, and much more.

This is the basic and essential python tutorial, and everything you’ll need to join the league of Pythonistas.

Chapter 6- Object Oriented Programming (and what it is)

In python, there is often a need to modify a string in different ways. Instead of reassigning these values, we can use pre-existing methods for…

In python, there are exception cases where there empty conditionals are needed or breaking out of a while loop forcefully. The following article will explain…

For and While loops

python Conditionals- if, elif, and else

Conditionals are absolutely necessary for any computer programming. Conditionals perform calculations depending on whether a condition evaluates True or False. However, else and elif extend…

Operators (and their uses)

In the world of computer science, operators are symbols that represent and perform a specific computational command. There are different operator types, and they each…

Printing strings in Python and Commenting

Being able to produce an output is one of the most fundamental and important skills any aspiring programmer needs to learn. Why do we need…

After installing your IDE, it’s time to finally create your first python program. *This tutorial utilizes the PyCharm IDE. If you have not installed it…

Installation of Python (and its IDEs) on Windows

While editing a python program, editors enjoy the luxury of being able to edit and run code on applications that support numerous different features. Rather… 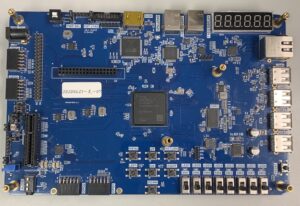 1.Schematics Analysis Direct to Table of Contents:   RISC-V Syllabus     Segment display will be used in the following projects, so an analysis of…

1.C Project Files Composition Direct to Table of Contents:   RISC-V Syllabus   Test_dbg.cfg It is mainly used to configure OpenOCD, and is not required…