Coremark has been EEMBC’s CPU judging standard since 2009. EEMBC (Embedded Microprocessor Benchmark Consortium, the Embedded Microprocessor Benchmark Consortium) is a non-profit organization whose members include technology companies such as Huawei, Intel, ARM, and Analog Devices. EEMBC is an important criterion for evaluating embedded processors and compilers.

Coremark mainly detects ALU (Arithmetic Logic Unit, that is, arithmetic logic unit), memory reference, pipeline and branch operations. It is designed to make it impossible for the CPU to run benchmarks ahead of time, thus guaranteeing its fairness and impartiality. In the specified test time, Coremark does not allow third-party library calls, and the results are completely based on compiler optimization and CPU execution processing time. Because Coremark mainly provides the test of CPU architecture, in order to abandon the high and low level of hardware manufacturing process, the final test results of Coremark will be normalized, that is to say, the final test results will be equally divided into the clock of each Hz of the system, the unit is is Coremark/MHz. The main code of Coremark is written in C language, including list operation, state machine processing, matrix operation, CRC (Cyclic Redundancy Check, cyclic redundancy check) calculation.

The first step is to download the C language source code folder from the EEMBC official website, or directly search the EEMBC github . There are 8 files in the source folder that need to be copied to the project workspace (here using FreedomStudio as the platform). As follows:

Three of the files in the column need to be changed. The three files are “core_portme.h”, “core_portme.c” and “coremark.h” (use core_portme.h and core_portme.c under the “simple” folder). Other files can be added directly to the project without modification.

There are a total of 14 macros in the entire project. They are shown in Table 1 as follows:

Table 1 Macro definitions and their descriptions

The above macros should be modified and configured according to the transplant system and platform. For example, if floating point arithmetic is not supported, HAS_FLOAT should be set to 0. HAS_TIME_H and USE_CLOCK define whether the timer has an implementation of the time.h header file and its functions. The time.h header file is used to call the timer in core_portme.c and then calculate the time spent in the iterative loop in the main function. If the platform uses another function to define the time, it should be overridden. HAS_PRINTF defines whether the porting platform uses the standard I/O library for output printing, and can also be redefined as needed. MEM_LOCATION defines the memory location where the code is executed.

In addition, the execution mode can also be configured. As shown in Figure 2, PROFILE_RUN, PERFORMANCE_RUN and VALIDATION_RUN can be selected. TOTAL_DATA_SIZE can be modified in coremark.h.

Some parameters can also be defined here, such as ITERATIONS, as shown in Figure 3.

The last thing to note is that the corresponding libraries should be added and modified according to the configuration.

“EE_TICKS_PER_SEC” is the total ticks per second, relative to the system clock. If the timer needs to be modified, it should be modified accordingly. The most important functions of core_portme.c are related to timers, “start_time”, “stop_time” and “get_time”. As mentioned above, the time-dependent functions can be modified as needed. See Figure 4 for details of the time-related functions. The first function called in main in core_main.c is “portable_init”. Initialization and debug printing information can be implemented here, as shown in Figure 5. Note that the library should also be added accordingly. 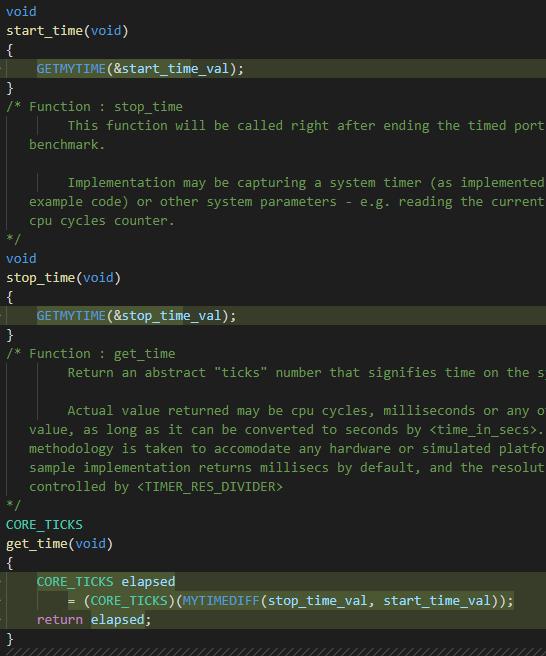 Memory definitions such as “malloc” and “free” can be modified here, as shown in Figure 6.

The entire program must run for at least 10 seconds. The iteration time can be modified accordingly. In theory, the more iterations you run, the more accurate the results will be. In addition, README.md is also included in the directory. More information can be found in the accompanying documents. For example, as shown in Figure 7, the README.MD lists some rules to ensure that Coremark results are valid. 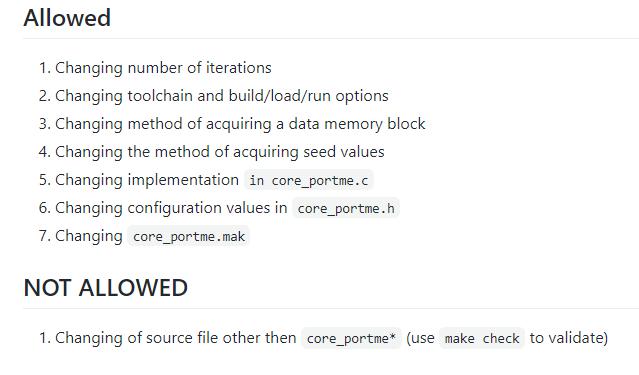 Figure 9 lists other CPU Coremarks that some of the EEMBC websites have certified. 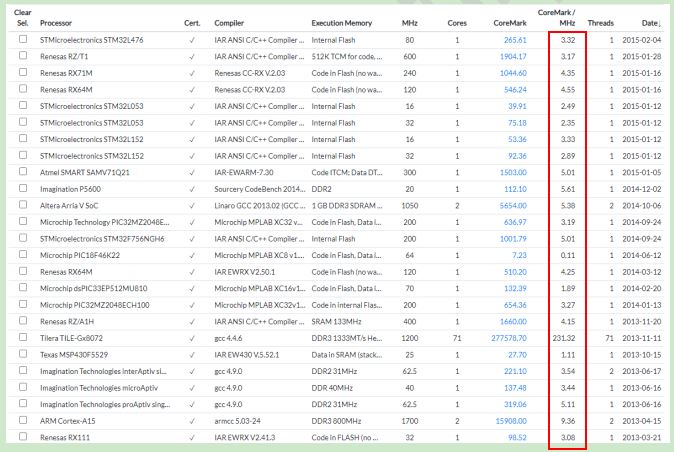 FII RISC-V3.01 is a single-core, 2-stage and 3-stage pipeline mixed CPU. Figure 10 plots the Coremarks of some single-core CPUs certified by EEMBC together with FII RISC-V3.01 as a line graph. Coremark for FII RISC-V3.01 has been highlighted in red. As can be seen, among the 15 CPUs listed, the FII RISC-V3.01 Coremark is above average. For the three CPUs with significantly higher Coremarks, they are STMicroelectronics’ STM32H72x/73x rev Z, STM32H7B3 rev Z, and Renesas Electronics’ RX66T (all marked blue). According to the official manual from STMicroelectronics, the STM32H72x/73x rev Z and STM32H7B3 rev Z both use Cortex-M7 and both have a 6-stage superscalar pipeline. The Renesas RX66T uses the RXv3 core, which has an improved 5-stage pipeline and optimized branch prediction.