This article talks about the basic operations that can be used in the Ubuntu Shell, which provides a basis for all future commands.

*In order to follow along to this tutorial, you will be required to have Ubuntu 16.04.01 already installed on your Virtual Machine using Oracle’s VirtualBox. Because this tutorial is geared towards Ubuntu 16.04.01, using other versions may have differences between the execution of commands.

Shell is a command line terminal application that takes in user commands and executes them. It is essentially the terminal command line.

All Shell commands have the following format:

Note that Shell commands can be run with or without arguments.

We will now use the command ls as an example, and run the following three commands:

Due to the sheer number of Shell commands, Shell has an autofill function. This can be achieved by simply pressing the [Tab] key on your keyboard.

When you use [Tab] to autofill, there will be one of three situations that happen.

Here, after typing in ifc, because there is only one command that starts with ifc, pressing tab would auto-fill the command.

If we only typed in if before hitting tab, however, it would issue a warning sound, and would display the following if tab is pressed again before returning what you previously typed.

If we only typed in i before hitting tab, it would issue a warning sound and display the following if tab is pressed again.

Upon pressing y, it would display a list with the –More– option if there are more options to choose from. You may press [Enter] to display more. 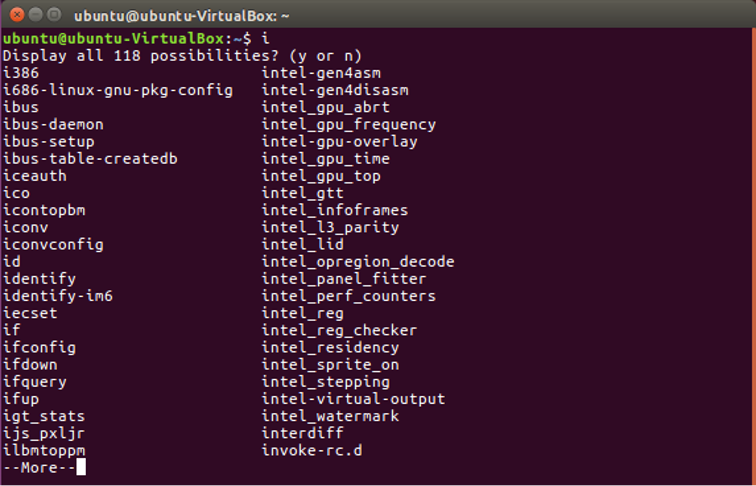