In the design of RISC-V FPGA, the core framework modules of RISC-V are composed.

The structure of the cpu core design framework in RISC-V: 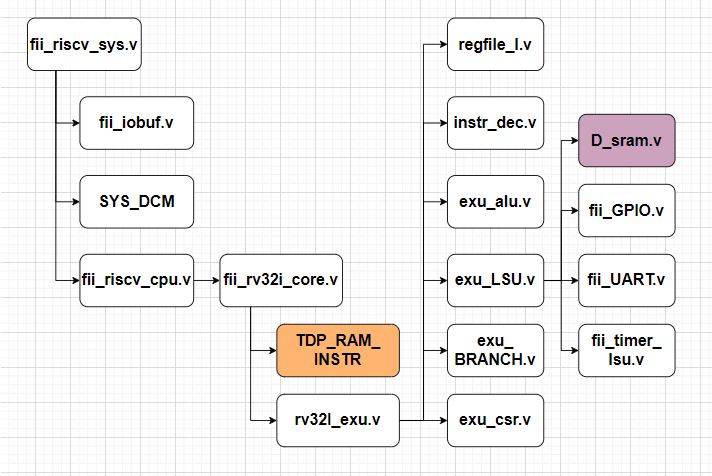 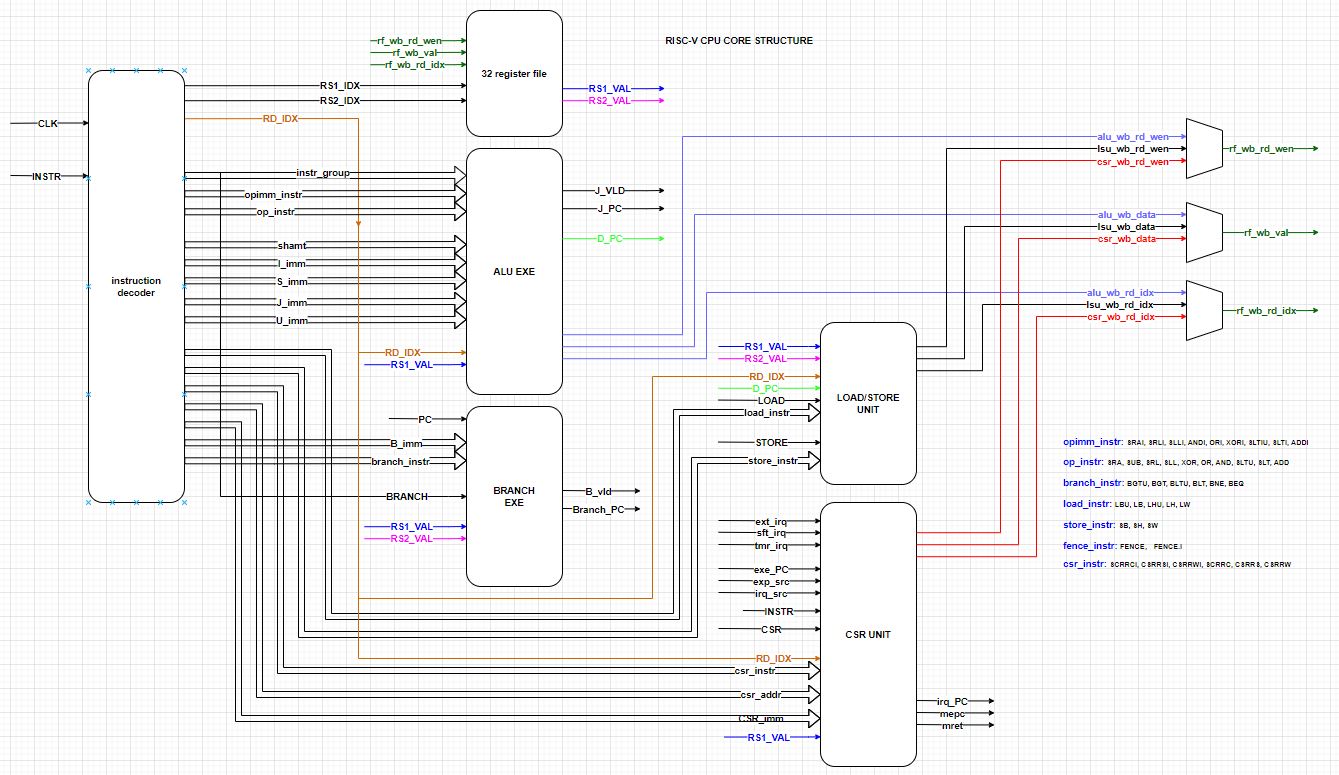 In the vivado project file:

The core modules of RISC-V consist of regime_l: 32 general-purpose registers instr_dec: instruction decoding module exu_alu: Execution module exu_LSU: load/store peripheral access module exu_branch: Conditional branch module exu_CSR: CSR register module   CPU architecture classification: Von Neumann Architecture: Also known as the Princeton Architecture. Its structural characteristics are that the data memory and program memory are addressed according to a unified address, such as a 32-bit address bus, which can address a 4G address space. Program memory, data memory, and peripherals each occupy a part of the 4G space and do not overlap each other.

Harvard architecture: The Harvard architecture is different from the von Neumann architecture, which divides the access space linearly, but divides the data memory and the program memory into two independent addressing spaces, and maintains its own address space. The most typical structure is Intel’s earliest 8051, the 16-bit address bus can access 64k space, but with the assistance of the controller, data and programs are separated from data access and program access, so the access space is doubled

Advantages and disadvantages of von Neumann structure and Havard structure:

Advantages: The entire access space is linear, the entire space is coded uniformly, and the same program counter PC is used, so the requirements for the controller are relatively low, and the hardware resource (RTL) overhead is smaller than the Harvard structure.

Disadvantages: The spatial range cannot be expanded, and at the same time, due to the use of a unified spatial encoding, when a resource conflict is encountered, the program must wait for the conflict to be resolved before continuing to run the program, so the efficiency is low.

Disadvantages: The controller is complex, two sets of PC counters are required, and the hardware overhead is high