This article talks about the basics of different Linux file system structures.

We can see this by opening the Ubuntu file explorer in the taskbar on the left.

In order to access Ubuntu’s root folder “/”, one only needs to click on the Computer tab on the left of the files page. 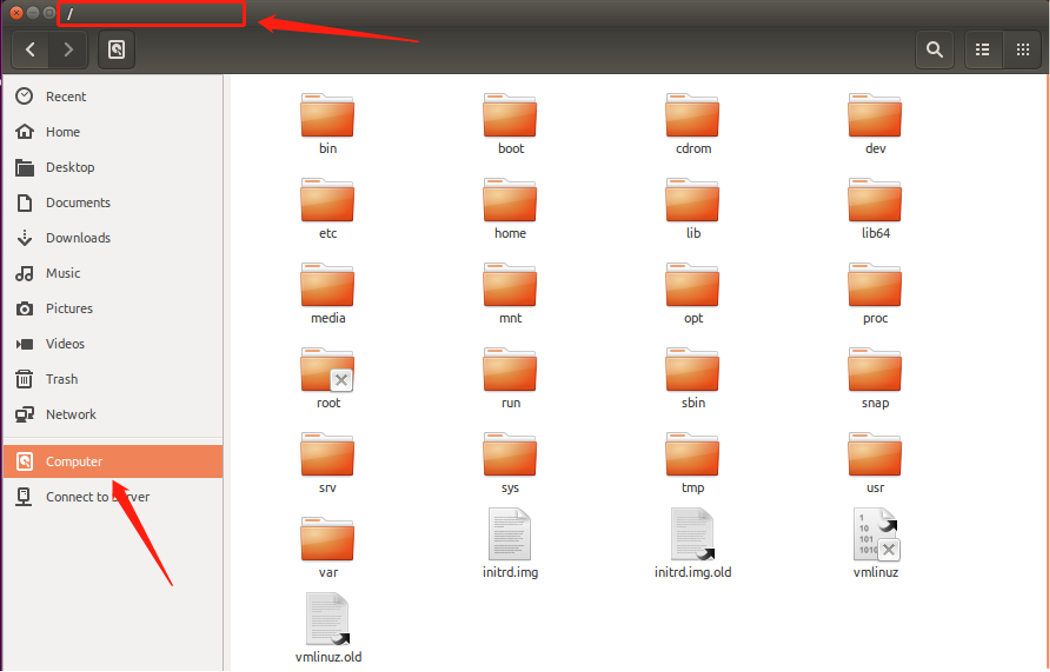 Which matches with what we saw in the root directory for the “ubuntu” user.

Here, we can see the System root files and folders.

Stores many system commands, as with /usr/sbin.

The default directory for the average user. Each user has a folder under this directory.

Stores the core of the Ubuntu system, as well as system start-up files.

Usually includes the mount point of the file system that is mounted after the system boots.

Stores the configuration files and directories needed to manage the system.

Typically empty. When the system is shut off unexpectedly, this folder would store some scattered files as a recovery attempt.

Stores files that are constantly changing, such as various log files.

Includes files and directories directly related to the system user, such as applications and essential library files.

Virtual directory. Isn’t actually stored on the disk and is typically used to store system information as well as process information.

Store the temporary files of both the system and the user. All users have the permission to read and write contents of the folder.