1. RESET the result before generating the *.bit file To generate the corresponding *.bit file, synthesis and implementation are required first. It is recommended to reset the previous result before performing synthesis. The Reset operation is shown in Figure 2-Figure 4. 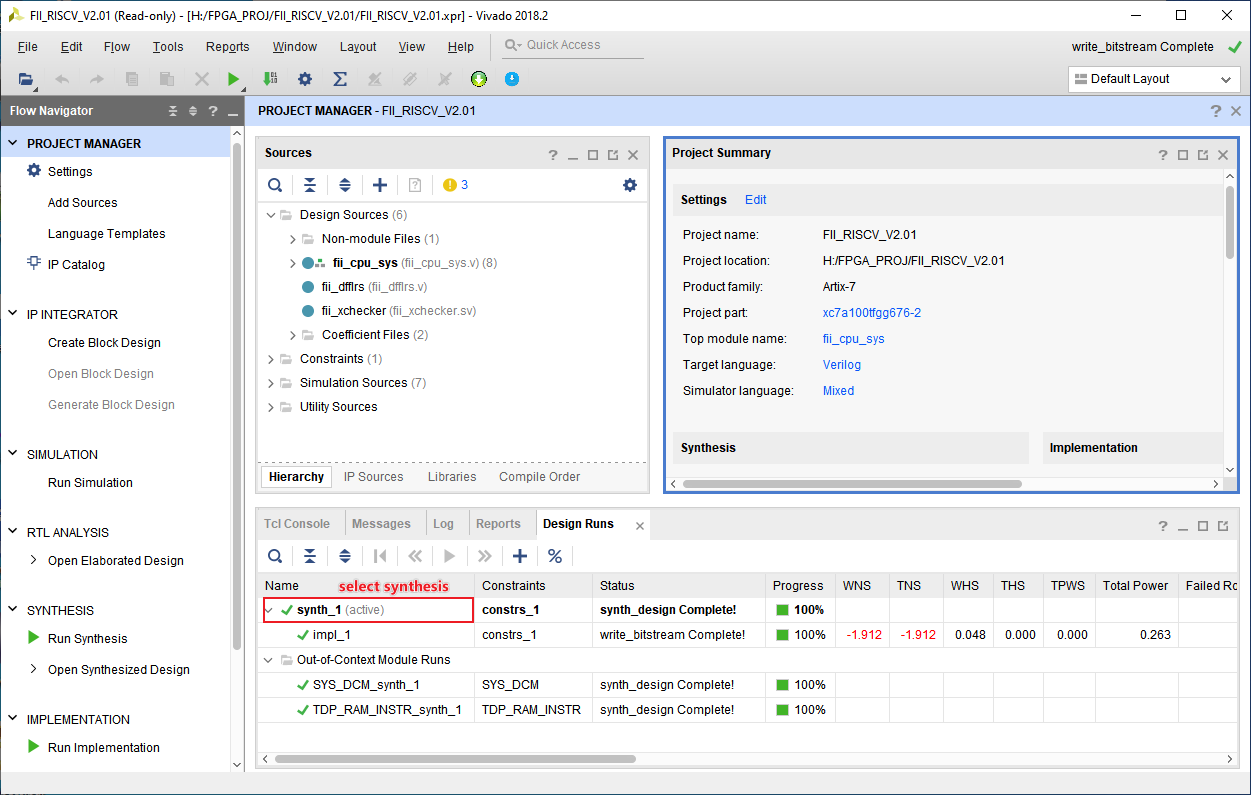 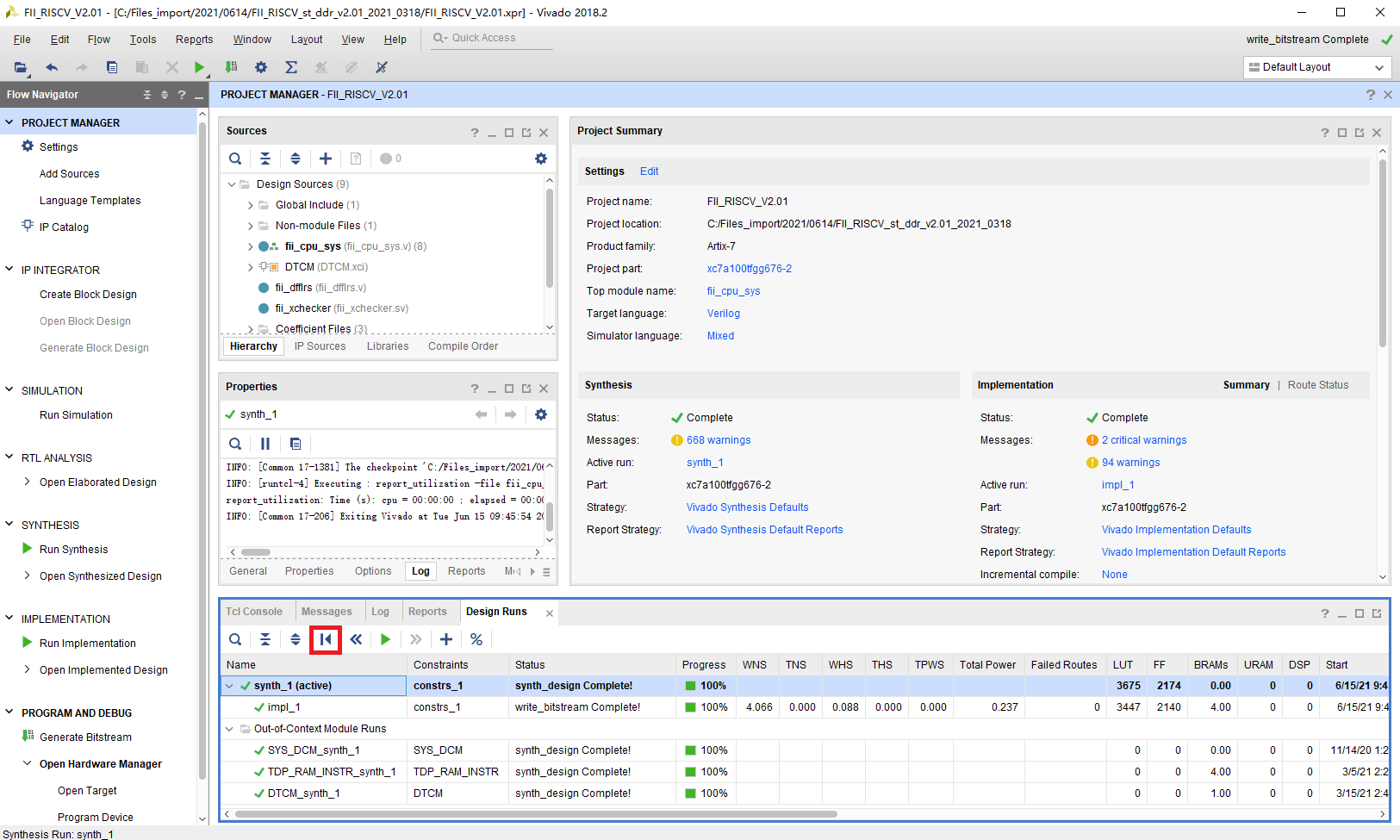 Click Generate Bitstream to generate a *.bit file, as shown in Figure 5. 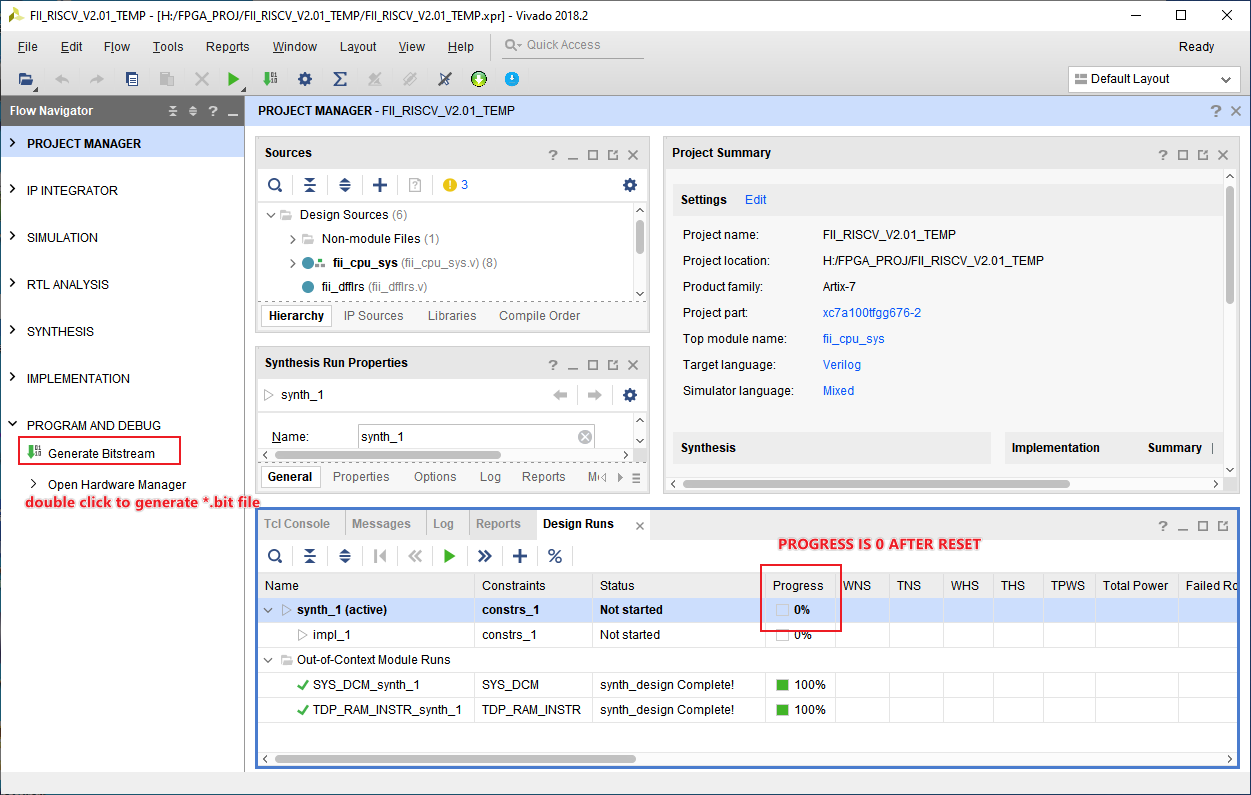 After the *.bit file is successfully generated, the window shown in Figure 6 will appear. Select Open Hardware Manager to program the FPGA. 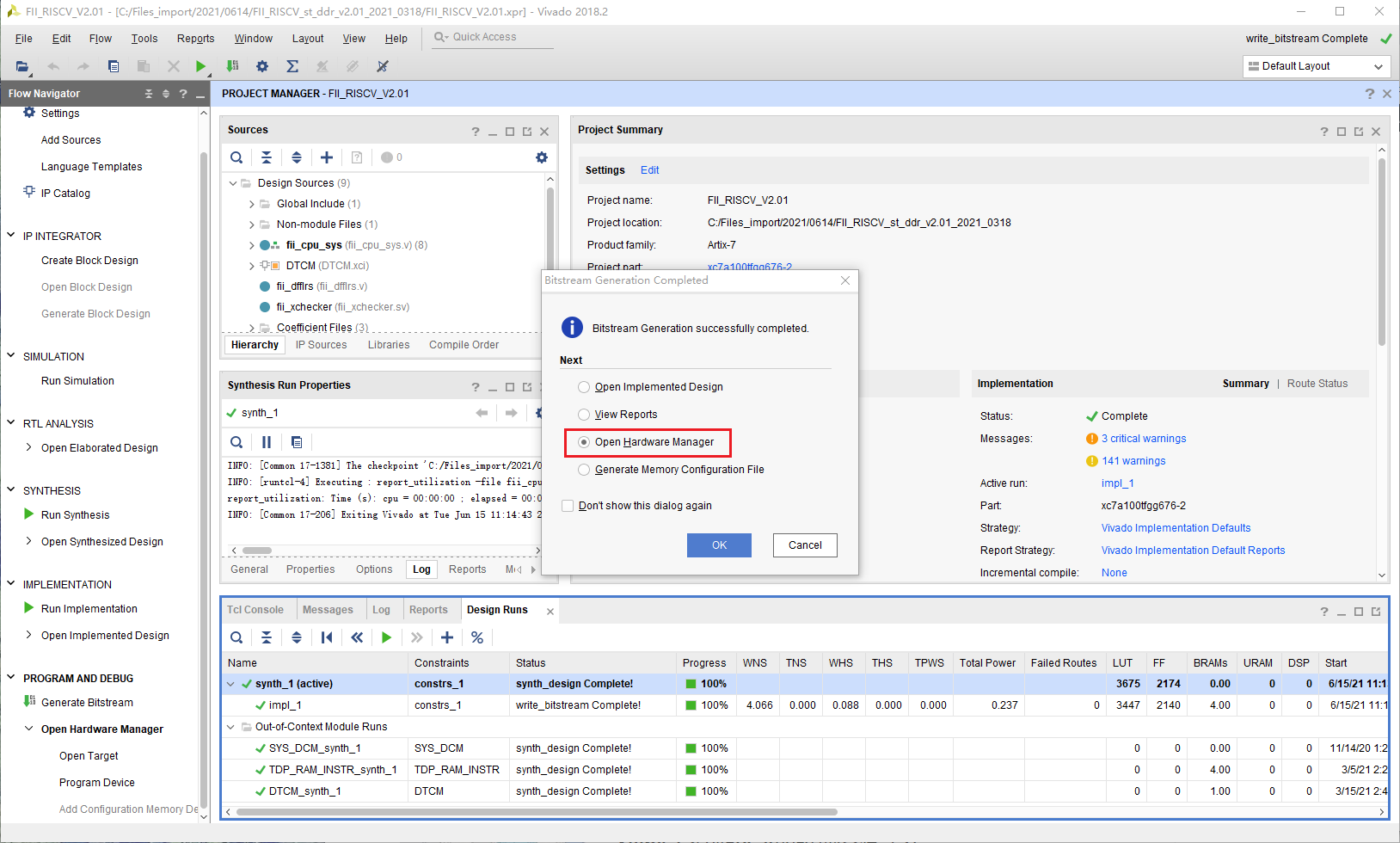 In the Hardware Manager interface, there are 1 and 2 methods to open target , as shown in Figure 7. 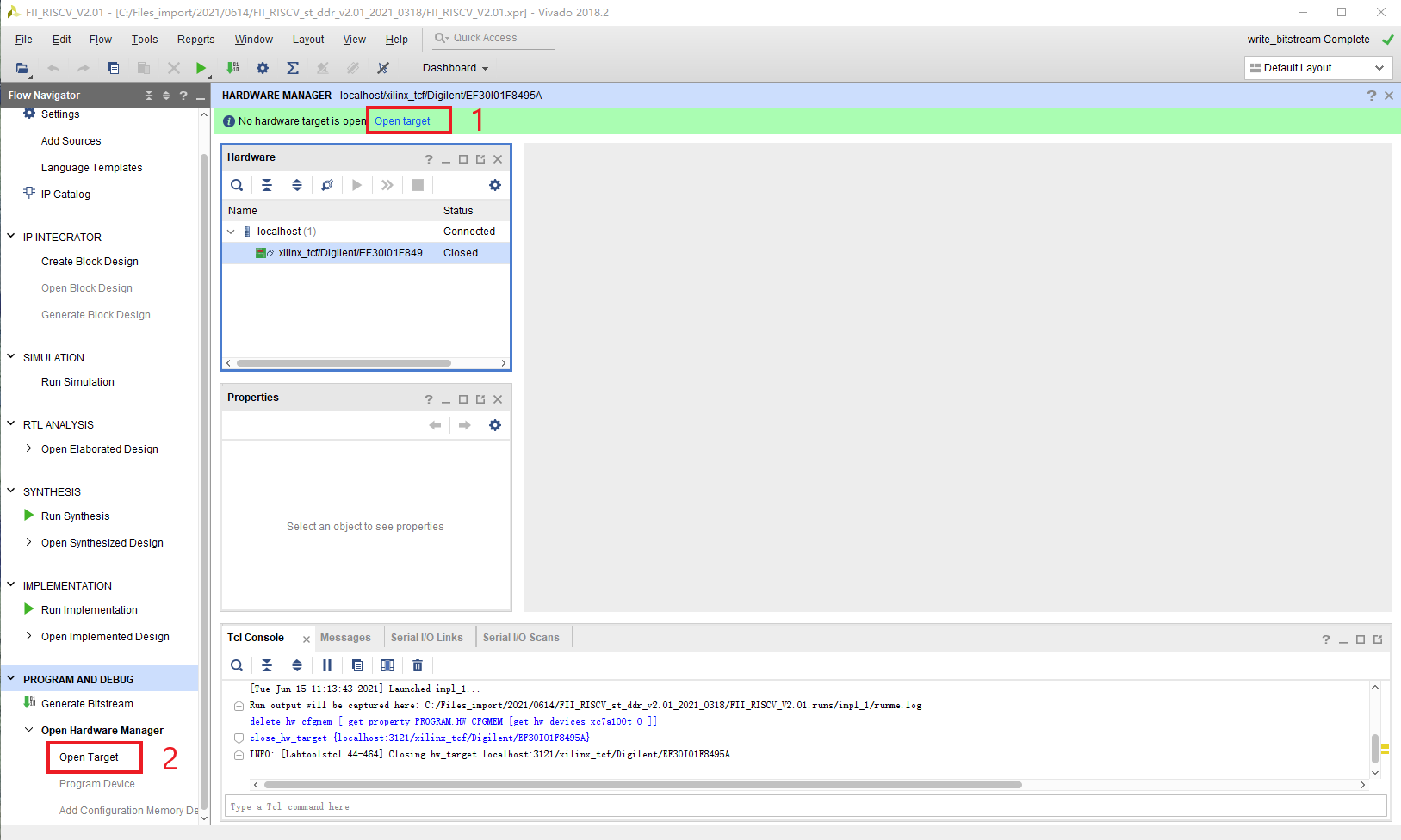 After Auto Connect, the PRX100-D chip, xc7a100t, will appear in the Hardware Manager window, as shown in Figure 9. 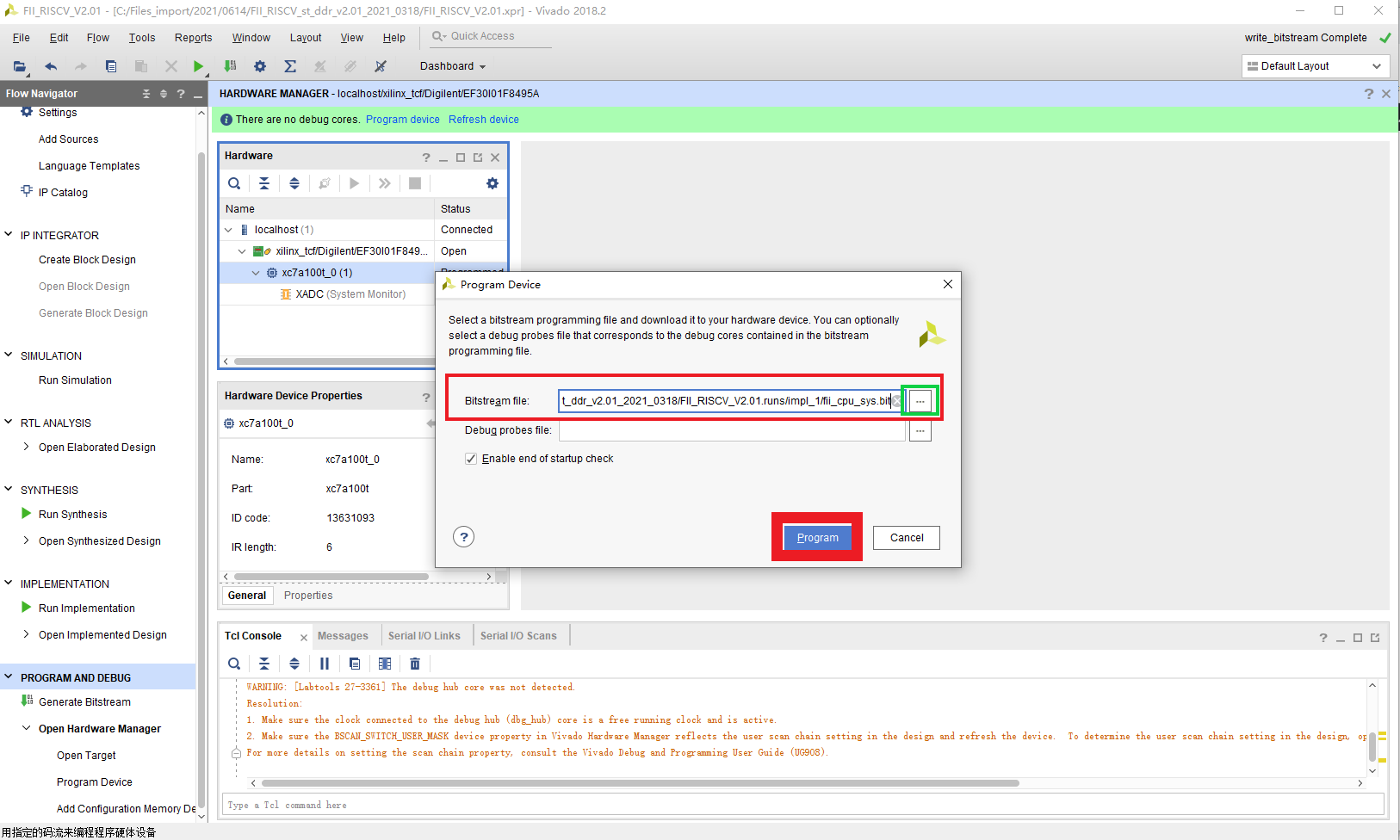 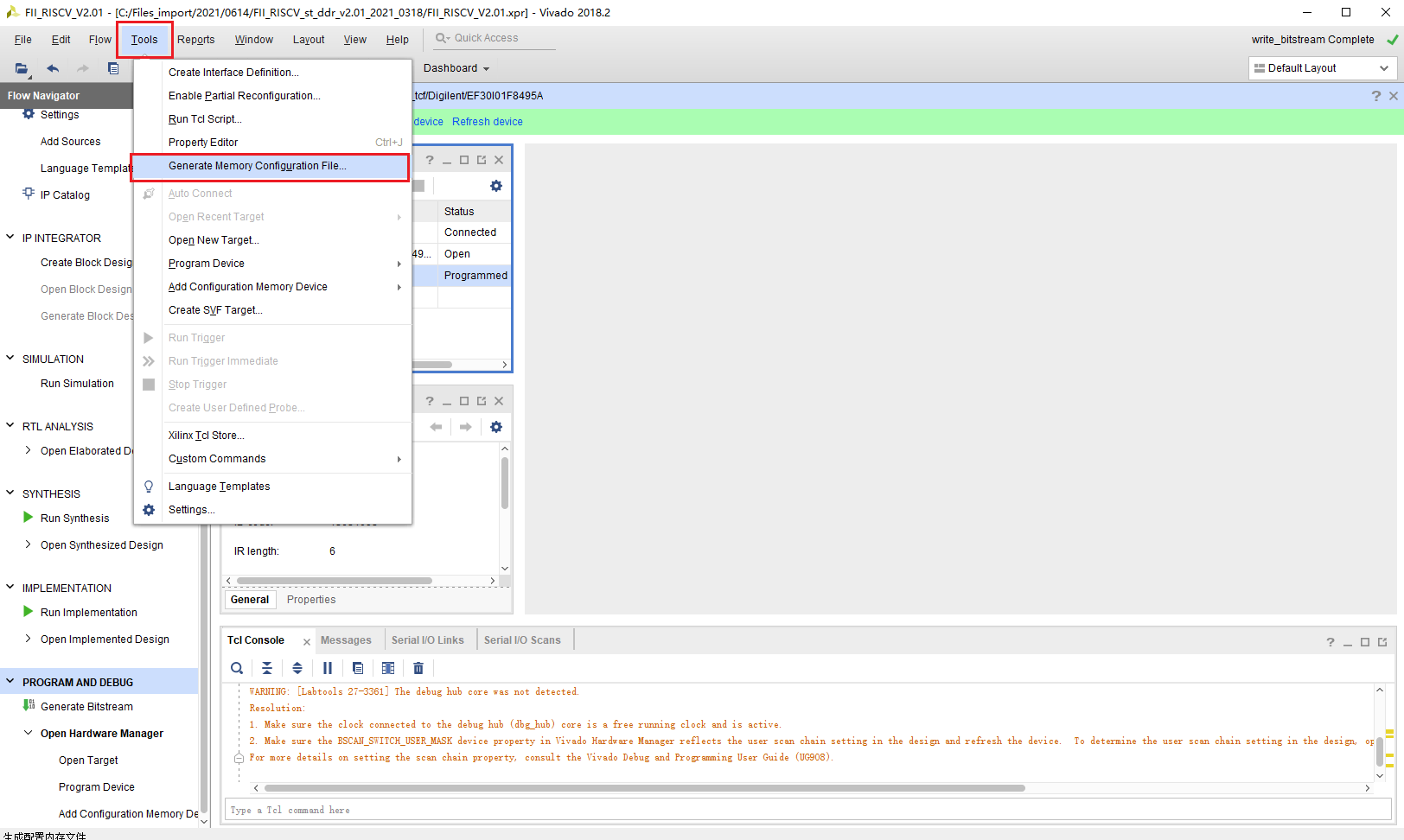 After the window shown in Figure 14 pops up, configure it according to the following steps: 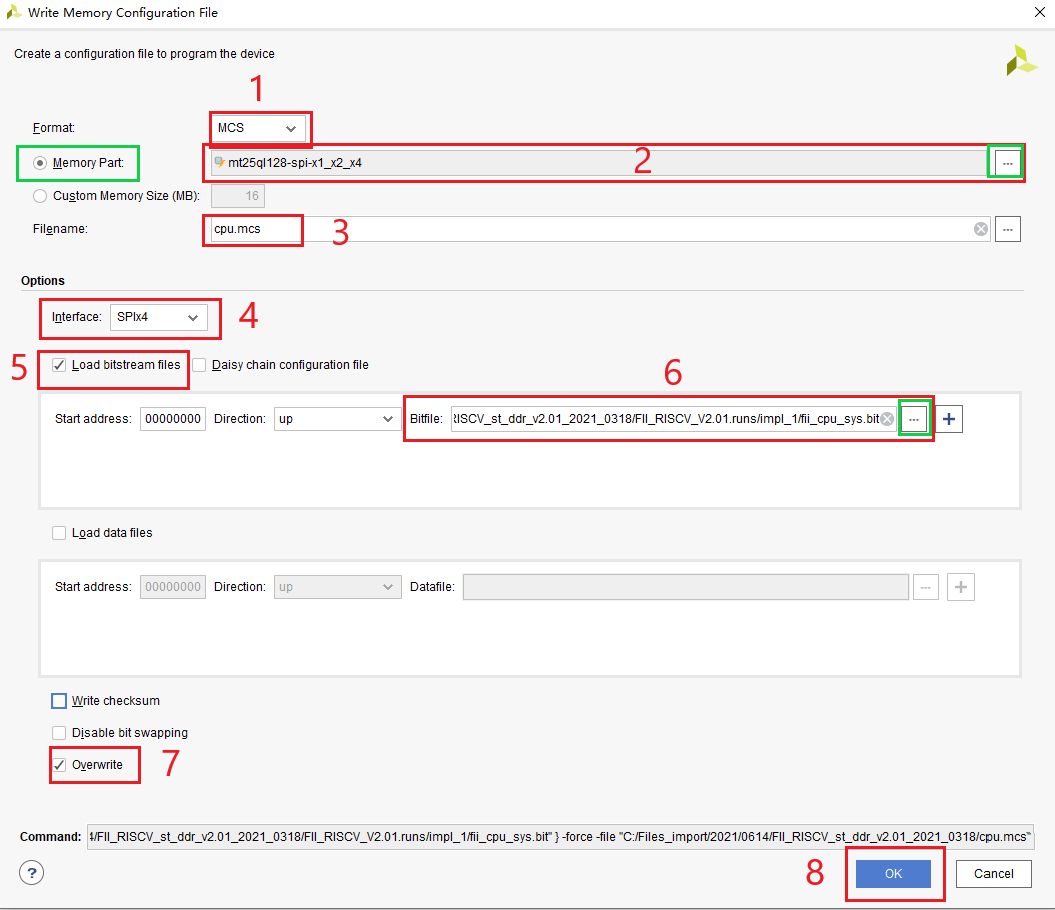 After the *.mcs file is successfully generated, the window shown in Figure 15 will pop up, click OK in the green box. The *.mcs file is called Intel MCS-86 Hexadecimal Object, and the format has a 9-character (4-field) prefix that defines the start of the record, the number of bytes, the load address, and the record type, and a 2-character Checksum suffix.

The following figure shows the indirect programming of FLASH through JTAG through FPGA. When the programming is completed, the FPGA loads the program from the FLASH after power-on. 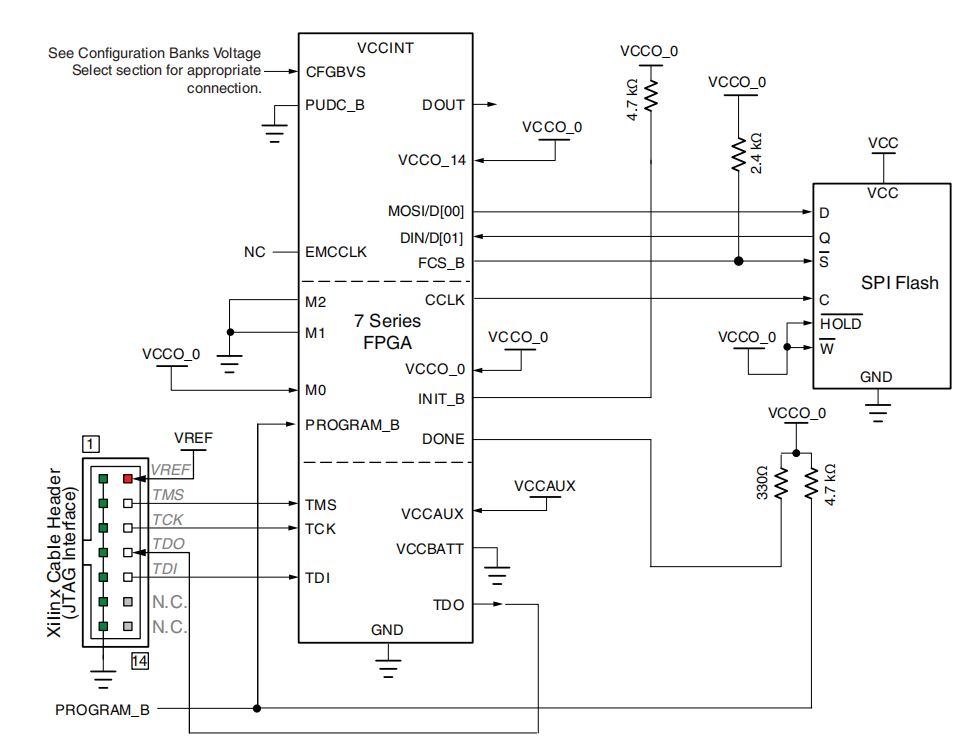 Before burning the *.mcs file, you need to add FLASH, as shown in Figure 16. Click on xc7a100t in Hardware Manager and click on Add Configuration Memory Device . After selecting the memory device, the pop-up window shown in Figure 18 will appear, click OK. Or in the Hardware Manager shown in Figure 19, click mt25ql128 , click Program Configuration Memory Device In the pop-up window shown in Figure 20, you can burn the *.mcs file through the following steps: So far, the process of burning the *.mcs file to FLASH has been completed. The PRX100-D development board will be in an idle state (that is, the FPGA is not working), you can activate the FPGA by pressing the reset button on the FPGA board (or power off, and then power on to start the FPGA program in the FLASH).

There are previous articles describing the relevant steps, see the following articles:

If there are two USB-b male connectors, as shown in Figure 21, you can burn *.bit files or *.mcs files during the normal burning process. If there is only one USB-b male cable, you should connect the cable to CPU_JTAG first, as shown in Figure 22, and burn the *.mcs file. 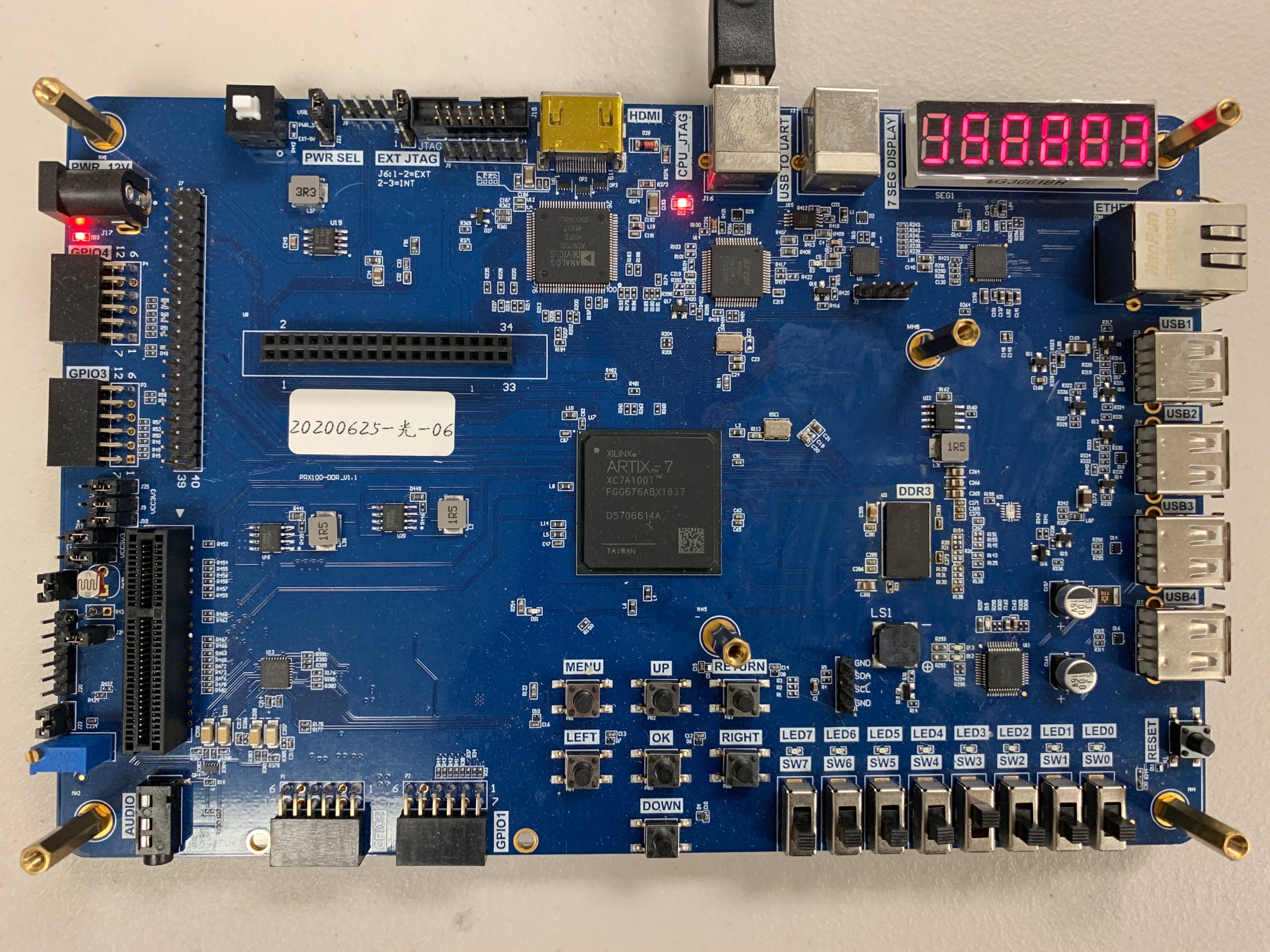 Then connect the line to the USB TO UART, as shown in Figure 23, to complete the software down-board experiment.